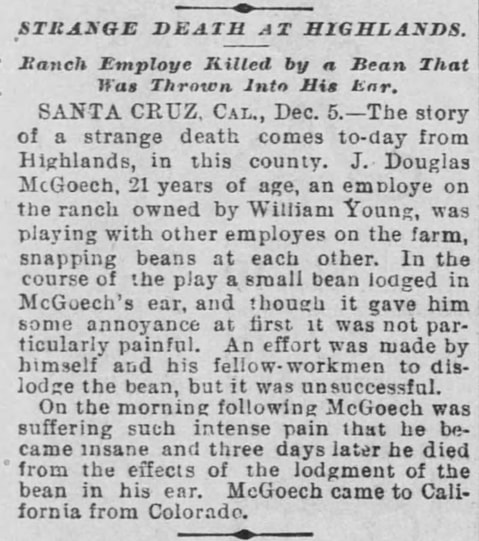 The story of a strange death comes to-day from Highlands, in this country. J. Doublas McGoech, 21 years of age, an employee on the ranch owned by WIlliam Young, was playing with other employees on the farm, snapping beans at eachother.

​In the course of the play a small a small bean lodged in McGoech's ear, and though it gave him some annoyance at first, it was not particularly painful. An effort was made by himself and his fellow- workmen to dislodge the bean, but it was unsuccessful.

​On the morning following McGoech was suffering such intense pain that he became insane and three days later he died from the effects of the lodgment of the bean in his ear.

McGoech came to California from Colorado.