​Imagine if you will, you are lying in your bed snuggly asleep, on a very early Friday morning.  Suddenly you awake after hearing the odd repetitive sound of huge “thuds” coming from all directions of your home.  Your first think, “Is it an earthquake, or maybe a hail storm” but neither make sense in your rudely awoken stupor.  The noise begins to get louder and faster; your children awake from their beds, running into your room, screaming in fear as the terrifying sounds continue to echo throughout your home. Not knowing what the terrifying noise is, you emerge from your bed and peek through the blinds.  And to your dismay, you notice the outline of dozens of birds, flying into your home, laying all over the lawn, some lifeless dead in the streets, others flopping about on the pavement outside.  You open up your blinds to get a better look...and stare in disbelief at the site before you.

This is an actual event that occurred in Santa Cruz County on Friday, August 18th of 1961. The small town of Capitola was literally invaded by “The Birds”.  Sooty Shearwaters, who were roughly 15 to 18 inches in length, with a wingspread of approximately 3 feet were literally falling from the sky.  Theories from all over surfaced as to why the birds were reacting in such a bizarre manner, many residents feared that this was an apocalyptic event, while professionals suggested the birds may have lost their way from an unusual dense fog, others suggested they were confused by heavy artillery fire, from the military base at Fort Ord, and still others proclaimed they were suffering from an unknown illness.

A patrolman claimed the event began taking place around 2:30 am, and happened quickly. Birds were flying into homes, telephone poles, cars, the ground, and each other. They literally were falling from the sky. He estimated he observed at least 2,000 birds continuously fall from the sky. By morning the ground was littered with birds. An estimated 4 ½ miles of beach was covered with the sickly creatures. Those that didn’t die hobbled around in a daze.

The mysterious event raised theories from all over, cleanup crews walked the city streets for days, removing the thousands of carcasses into dump trucks as the residents of the small town were left with more questions than answers.

In an odd twist of faith, local Scotts Valley resident, master of suspense film producer, Alfred Hitchcock, got word of the odd event and requested the local Santa Cruz Sentinel news paper; forward him a copy of the recent chain of events to his bungalow in Hollywood. Hitchcock had been interested in producing a film based on a book by Daphne Du Maurier’s, which ironically, depicted birds invading a small town  – it would seem  this recent event in Hitchcock’s, little home town of Santa Cruz County, would be the inspiring factor for what would become an award winning cult classic, and winner of the Horror Hall of Fame,  known as “The Birds”. 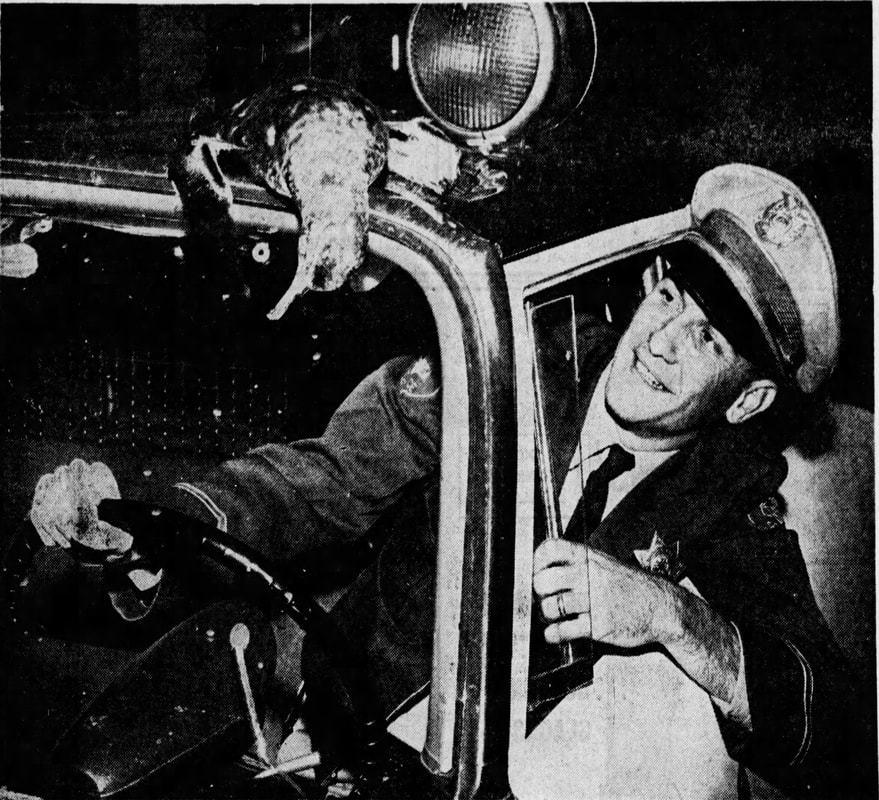