Haunted by its past, like an echo that never ends.... 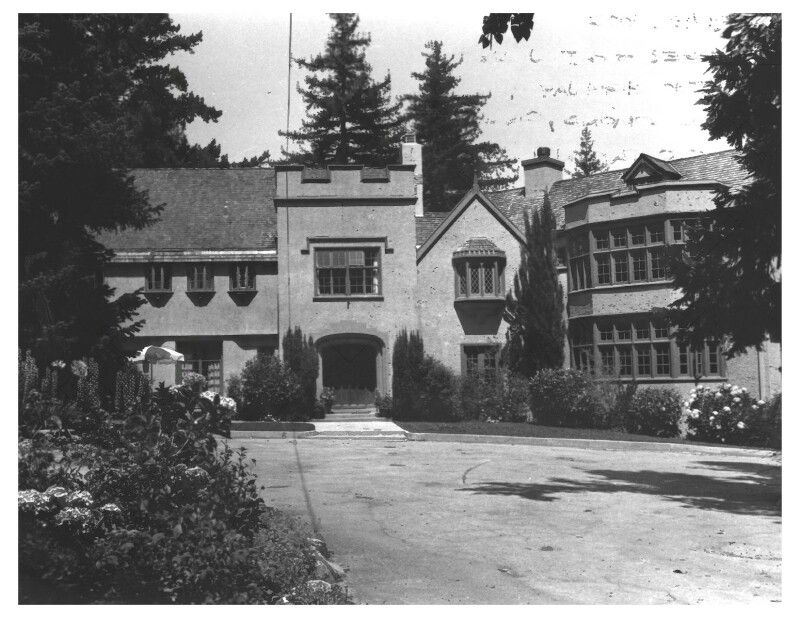 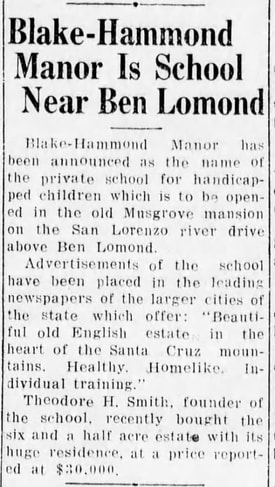 Like the elusive Black Pearl, this gem of a mansion conceals a foreboding tale all its own. Located right next to the flowing creek of the San Lorenzo River, Black Hammond Manor, originally known as Phillips Hurst, dates back with documented records, as early as 1913.

Initially owned by Dr. W.A. Phillips and designed as a country home for he and his wife, who later dubbed it River Wood Manor. The couple often entertained guests and held lavish weddings at the River Wood estate.

Dr. W.A. Phillips along with his brother P.T. Phillips, were recognized surgeons at the Hanley Hospital in the city of Santa Cruz. Dr. W.A Phillips was also well known in the San Lorenzo Valley area near Brookdale, often coming to the aid of those in need of medical attention.
​
By 1924, River Wood Manor was sold to a medical colleague and friend, Dr. William E. Musgrave. Musgrave, was a prominent scientist, who practiced in countries like China, India and the Philippines. Musgrave was also the editor of California Western Medicine and the director of a California Children’s Hospital. Dr. Musgrave began immediate renovations on the River Wood Estate expanding its living space from 8,000 to over 20,000 square feet. He hired Albert Farr a talented designer, who also created Jack London’s famed       home, “Wolf House” in Sonoma St. Park, to head up the massive project. 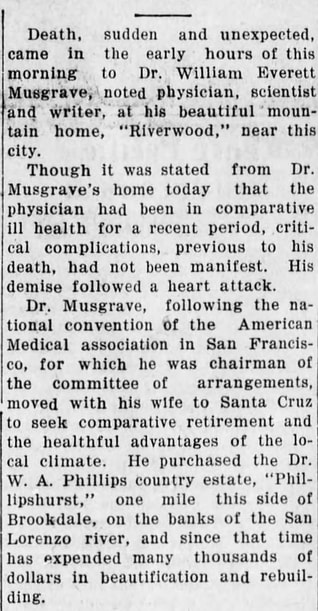 ​The result? ...River Wood Manor became an impressive enormous English, almost gothic style, castle. With 10 bedrooms, multiple kitchens, up and down stair-apartments, a music room, a library, a massive living area, covered porch and an incredible garden filled with a variety of exotic blooms and the scent of lilacs for all to enjoy. The manor was an extraordinary and ominous site to behold.

However, it would not be long that Dr. Musgrave would be able to enjoy his newly refurbished River Wood Estate. By 1927, Dr. Musgrave passed away in his bed at the manor, from a sudden case of pneumonia. Musgrave's dying wish was  to be interred on the property of River Wood. It is presumed, his remains are still on the premises.

By 1935, River Wood Manor, was once again sold. This time to a physician out of Los Angeles. Dr. Theodore Hammond Smith. Dr. Smith had a new vision for River Wood. Taking after his parents’ business, Dr. Hammond' decided to open a boarding facility, an asylum for physically handicapped, retarded and disfigured children. The un-wanted if you will.
​
Dr. Hammond,  kept up the appearance of the River Wood Manor, abode. Having lavish parties, with educated high society medical colleagues, scientists, and those with professions in innovative medical technological advancement. He utilized his 22 acres, behind River Wood and created a bridge to travel over the flowing San Lorenzo Valley River, to the adjacent lot. There he even commissioned a railway stop to have ‘young’ passengers directly dropped off, to the new facility that he began developing, which would house the many unfortunate souls whose lives were better served away from their families.  That facility once known as the Blake Hammond School, is currently referred to today as, The L House.

The L House, built in the 1930’s, Is a dormitory style facility. Complete with infirmary, a community shower, steel bathtubs, a mess hall and in the distance a plantation style mansion, believed to once house, onsite resident staff. The facility itself is shaped like an L, contributing to its nick-name “The L House”.

The L House is believed to harbor spirits of its past. A boarding house located behind the Blake Hammond Manor, designed to facilitate the defective. Rumors and suspicions of  experiments, neglect and unsavory behavior by those who would take advantage, of a disadvantage youth is curious, even in the asylum’s own written words. In a noted page, of the facility By Laws, in which great detail had been taken to outline the institutions avoidance, of being held accountable for inappropriate acts by an employees, or even what may lead to death of said patient. Furthermore, reference of patients, were noted as being  identified as “IT”. Inferring an inhumanity to the protection of these challenged individuals, inferring that these patients as merely a ‘thing’. 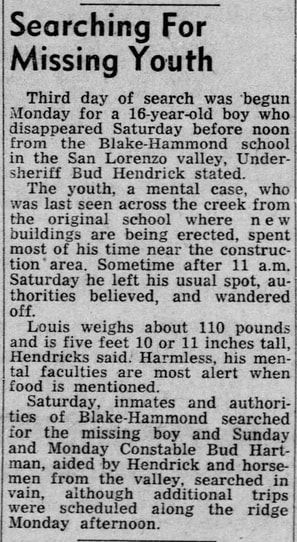 ​In 1947, the unthinkable happened, when a young student came up missing. 16 -year-old Lewis Cole, described as a deaf mute, (however, who was actually just quiet) was reported missing at 9:30 p.m,  from the  L House, located at the Blake Hammond School. A child described as severely underweight for his size yet had a fascination with food and often did not like to wear shoes. Employees did claim that he often enjoyed wandering out by the new construction site on the premises. The police were notified, and a search party ensued. For days law enforcement and volunteers, a like, searched for the missing boy on foot, on horseback, even by air. But to no avail, the boy had vanished.

Until 1950, when four boys out playing, found partial skeletal remains, near the Blake Hammond School. Authorities believed these to be the remains of 16-year-old, Lewis Cole.

​
1947 - Another charge of the L House, located at the Blake Hamond School, was reported missing and authorities were notified. Harley Walthen age 27. There was no mention of his person ever being found.

1948 – An employee by the name of Christofferson was reported missing from The L House,  Blake Hammond School, he was 52-years-of-age. Dr. Theodore Smith Hammond was called upon to identify a body presumed to be that of Christofferson, found stabbed to death.

1949 – George Lowder, age 28 died in a tractor accident on the Black Hammond property while attempting to excavate part of the construction site. located at L House, He was found crushed to death.​
​1969- Theodore Hammond Smith passed away from pancreatic cancer and the cost of maintaining the Blake Hammond Manor was to much for the family. The school was closed, the children sent to different facilitates and asylums around the state and the manors vast property was subdivided and put up for sale, including Blake Hammond Manor itself.

​Blake Hammond Manor would remain vacant for nearly a decade. Although,  attempts were made,  to turn it into a Living Care Facility or a Drug Rehab Center, use permits were ultimately all denied. 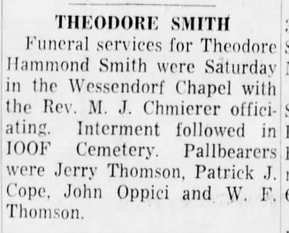 ​In 1977 a new prospective owner, had found herself seduced by the majestic lure of the black manor, ironically a daughter of a physician, Mrs. Patricia Wilder. Wilder, who is well known to the Santa Cruz area, and former owner of the haunted and historical, Golden Gate Villa, until her demise in 2014. Had aspirations to remodel the majestic motif of this historic shadowy monolith,  together with her husband, that is just what they did.
After years of historically remodeling the manor, the Wilder’s opened its doors for a few private parties and public tours. Until tragedy hit the newly renovated historic home,

​ April 13, 1996, it was publicized that a murder suicide was discovered within.
Jonathon Denison Marsh and Katherine Lynn Novelle, a Scotts Valley waitress. Both age 42. Were found deceased in the studio apartment Marsh rented in the Manor. A local painting contractor (Watts) working on the manor, along with Wilder, were doing minor repairs on the mansion at the time of the discovery. Wilder was under the crawl space addressing an alleged leak below the servants quarters to which Marsh rented. Upon further investigation, the two went to Marsh's room. The door was open, Watts entered the room, over come by the excessive heat, claiming it was at least 90 degrees in the room, when he found the pair laying side by side on the floor towards the rear of the apartment. Watts initially thought the pair were asleep on the floor, until he noted the gun near Marsh's hand and the stiffness of the limbs, as he tried to awake the pair. Both bodies were laying face up. The coroner concluded Marsh shot Novelle twice in the chest, before killing himself. The leak reported in the manor, had never been found.