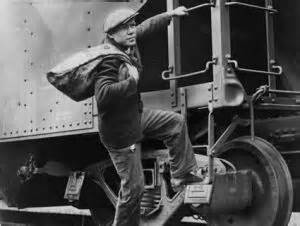 “Some call him  Whitey”

Today most would agree that Seabright in Santa Cruz, is nothing more than a sleepy little town near the beach with some quaint restaurants, a few dive bars, and some modest tourist attractions. The same can be said historically as far back as the early 1800s. It was then, too, nothing more than a barren lot of property, home to a few of its founding fathers, adjacent to the beautiful Santa Cruz coast, and adjoined to a lagoon or two.

What many may not know is back in the late 1800s, Seabright, named for Seabright, New Jersey, became home to a major train station servicing ferried passengers between Santa Cruz and the Pajaro Valley. Now known as Seabright Avenue, this street was formerly known as Railroad Street.  It was a sleepy little haven, home to a few dozen locals and many a sailor. The small little town harbored a small post office, grocery store, resort, and local bar still known as Bradys Yacht Club, as its existing main features. Throughout the 1920s and 1930s, the small town grew in its modest popularity and a nearby safe house was even said to have been frequented by the infamous Al Capone.

Imagine the large iron train chugging down the tracks, its chimney expelling dense smoke as the whistle fiercely blows into the morning air. The station agent steps out upon the open port doorway and begins to wave his hand-held bell to alert passengers of the upcoming stop. The massive behemoth slows to dock at the railway station and steam begins to bellow from beneath the train as it parks at its boarding destination. Men, women and children begin to disembark the massive iron giant while others wait at the station dock, their tickets in hand preparing to board.

Meanwhile, as passengers begin to get on and off the train amidst the hustle and bustle, hidden by the trains smoke and the morning fog, a few drifters flee from the rear freight cars undetected by the wandering station agent.  The handful of hobos’ scatter before being seen by railroad officials, only to meet up later at the; hobo jungle; by Schwan Lagoon. It was a haven for tramps and drifters alike in the Santa Cruz area. Amongst the vagabonds, one in particular was well known. They called him Whitey.  A freight train hopper from the depths of Canada, Whitey made many travels throughout the years before making his final camp in the Santa Cruz area; a formidable shack near the water’s edge of the small lagoon.

It is believed that Whitey often jumped off and on the train at Railroad Street in Seabright, during the early 1930s. There, he would frequent for a sandwich and an alcoholic beverage at what is now known as Bradys Yacht Club. In his disheveled attire; hair black as night, eyes blue as the sea and red rosy features that were the result of a life that was worn rather than lived; the aged hobo was well remembered for the songs he would sing describing his great adventures;“There is a lake of stew and of whiskey too, where you can paddle all around in a big canoe in the Big Rock Candy Mountains.”

Although Whitey’s name certainly did not fit his physical description, one could only guess that his ghostly train hopping from destination to destination earned him the name Whitey. According to Phil Reader, in his work, Whitey, the hobos real name was John James McLaughlin and he was described by the old-timers as having a chronic case of wanderlust.

In March 2013, Santa Cruz Ghost Hunters was called to investigate a small restaurant currently closed, known as the Surf Bistro, located directly next door to Bradys Yacht Club on Seabright Avenue, previously known as Railroad Street.  Employees and patrons alike claim to hear, see and experience ghostly apparitions of what they believe to be of the paranormal kind. At the time of this investigation S.C.G.H was neither aware of the exact details of the nearby railroad station nor of the local hobo known as Whitey.